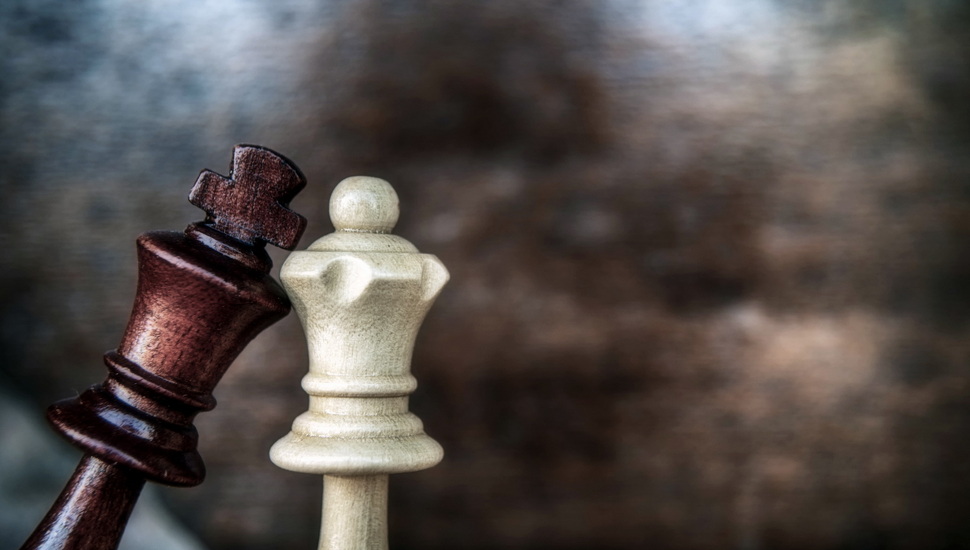 Submission.  Are we going to go there?  Why yes, yes we are.  Hope you are ready for this two part series as I tread on some dangerous territory, especially as a male author…

Wives, understand and support your husbands in ways that show your support for Christ. The husband provides leadership to his wife the way Christ does to his church, not by domineering but by cherishing. So just as the church submits to Christ as he exercises such leadership, wives should likewise submit to their husbands.  –Ephesians 5:22-24, The Message

Talk Dirty to Me!

Women are turned off by the word submission.  In fact, most women hate it.  It is a taboo topic and a dirty word to say nowadays because of the massive negative connotation it brings.  When asked what they think about when they hear the word submission, especially if you ask them in terms of what it means in the Bible when talking about marriage, the majority of women cringe.  When I poll women and ask what they think submission means in the context of a marriage, I usually get two answers: they think these verses are either used by men as a way to subjugate and control women under a religious guise of holiness or they genuinely feel that these verses point to the fact that a godly woman in a Christian relationship loses her right to think independently and must always do what her husband says.  The sad thing is that these two prevailing thoughts from both in and out of the church about what Biblical submission means are just flat out wrong interpretations of these verses.  But if they are so wrong, why are they the popular understandings of what these verses mean?

Just Give Her a Reason

It is amazing what men do for the things we love and are passionate about.  I had a friend who was a wrestler in high school and he took wrestling very seriously.  He needed to drop a few pounds to make the weight class below where he was currently at so he took drastic measures to do so.  He dressed himself in a garbage bag and ran around his neighborhood in the scorching heat.  He then went up into the attic (still dawning his fashionable California raisin-esque garbage bag suit) and starting doing jumping jacks in the 110 degree sweltering heat… he was either extremely committed or just plain crazy.

Or what about Wisconsin football fans?  I always had respect for the intensity of Packer fans who are in their forties and have one of the letters of G-R-E-E-N  B-A-Y written on their shirtless pot bellies in sub-freezing, snowing temperatures.  Being from Florida, I just don’t get it.  They don’t even look cold!  Whether they are somehow staying warm or just freezing and not showing it, one thing is for sure: the Green Bay Packers have some dedicated fans!

In terms of commitment and passion, however, I don’t think that there is anyone I have met that is more committed to a sport or a team than Boston Red Sox fans.  Right after I graduated college, I spent eight weeks up in Boston with my older brother who was attending Berkeley School of Music at the time.  It was my first time to Boston and one of the things that I desperately wanted to do was go to a Red Sox game.  I am not even a big baseball fan, but my brother lived just a few blocks from Fenway Park and it was in the middle of the baseball season.  I would be sitting in his apartment and hear the roar of the crowd after what seemed like every play.  The noise and buzz of the stadium was like a siren calling to me… I had to go check it out.  So one day I went to Fenway to buy us tickets and had to sit outside the stadium for two hours just to get two tickets in a standing room only section behind the right field fence.  Mind you, all this is definitely before their 2004 World Series win, so we are talking about fans who have not seen their team win the World Series in over 80 years.  Even after the curse of the Bambino had haunted Fenway for over eight decades, you still have to wait in line for two hours just to stand in right field!

Once I was in the stadium, the thing that impressed me the most wasn’t the Green Monster or Johnny Damon (this was before he sold out and went to New York).  The thing that impressed me the most came from my incessant eavesdropping on Red Sox fans as my brother and I watched the game.  These guys knew every stat of every player.  From the starters to the bench warmers, you might have thought I was sitting in the players’ family section by the way they knew the players’ statistics inside and out.  These guys were devout followers of the Red Sox.  I was so impressed that from that day on, I declared myself a Red Sox fan even though I don’t really watch baseball because I thought to myself, “If these fans are that committed, then I will cast my lot with them!”  I am a big loyalty guy, so their tenacity and passion to see their team win and support them through thick and thin won my heart over.

This just goes to show that men have a way of becoming insanely passionate about the things they love.  Whether it is any of the sports fanatics listed above, a deer hunter that is willing to sit in a deer stand for 8 hours a day covered in deer pee just to take one shot at a doe during that time, a man who watches seven hours of sports every weekend, or a man who spends $15,000 on a single remote control airplane, it just goes to show that men will do some crazy stuff for the things he loves.

But when it comes to loving his spouse, the person he committed to spending the rest of his life with in a covenant that is supposed to glorify and point to Jesus, some men have a hard time choosing her over the trivial sports and hobbies that he is so in to.  Why is that?

Or do you ever wonder why your wife doesn’t submit to you the way you want her to or think she should?  Let’s be honest: it is probably because you haven’t given her a reason to!  You can’t be selfish and do all the things you want to do, watch all the sports or do all the hunting you want and then expect your wife to wait on you hand and foot.  If you aren’t leading and serving your wife well, then you really can’t blame her for following the leader of the household and reproducing your actions towards her.  Don’t take my word for it though.  Let’s take it back to the Bible and see how this art of submission is supposed to happen.  Ephesians 5:21-24 says this:

Since we have already talked about verse 21 in the previous series, let’s dive into verses 22-24 because two very important martial truths come out of these three verses.  The first is that your wife should submit to you as she submits to the Lord.  Yes, it is true: wives are supposed to submit to their husbands… as unto the Lord.  So let me ask you this; why does your wife (or you or anyone for that matter) submit to the Lord?  Now you could give a lot of answers that are theologically and doctrinally correct such as “Because he is King, Savior, and Lord!” and these would be excellent answers because they are all very true.  But I want to propose another reason why we submit to the Lord: because we know it is the best thing for us.  There have been many times throughout history and even today when people submit to kings, monarchs, and even those who call themselves lords.  There are also many times that people flat out rebel against anyone who gives themselves these titles.  As I am writing this, there are countries all over the world in protest of their leaders and so called kings.  Why?  Because the people do not believe that their leaders have their best interest in mind.

Jesus most certainly holds the key to eternal life in His hand and feely gives it to anyone who desires Him.  He has conquered death, hell, and the grave and has resurrected victoriously, allowing access to the Father for all who cry out to Him and that most certainly is enough reason to submit to Him.  There is a verse, however, that takes this understanding of why we submit to Him to the next level, which we will tackle in part 2 of this mini-series of submission…